“I used LEGO Mindstorm EV3 to build my robot. I didn’t use any instructions to build it, I just used my own design. It was frustrating to build because the axles pop out occasionally, but I eventually got it to work. I just started using EV3 this year, and I want to build more robots in the future.” 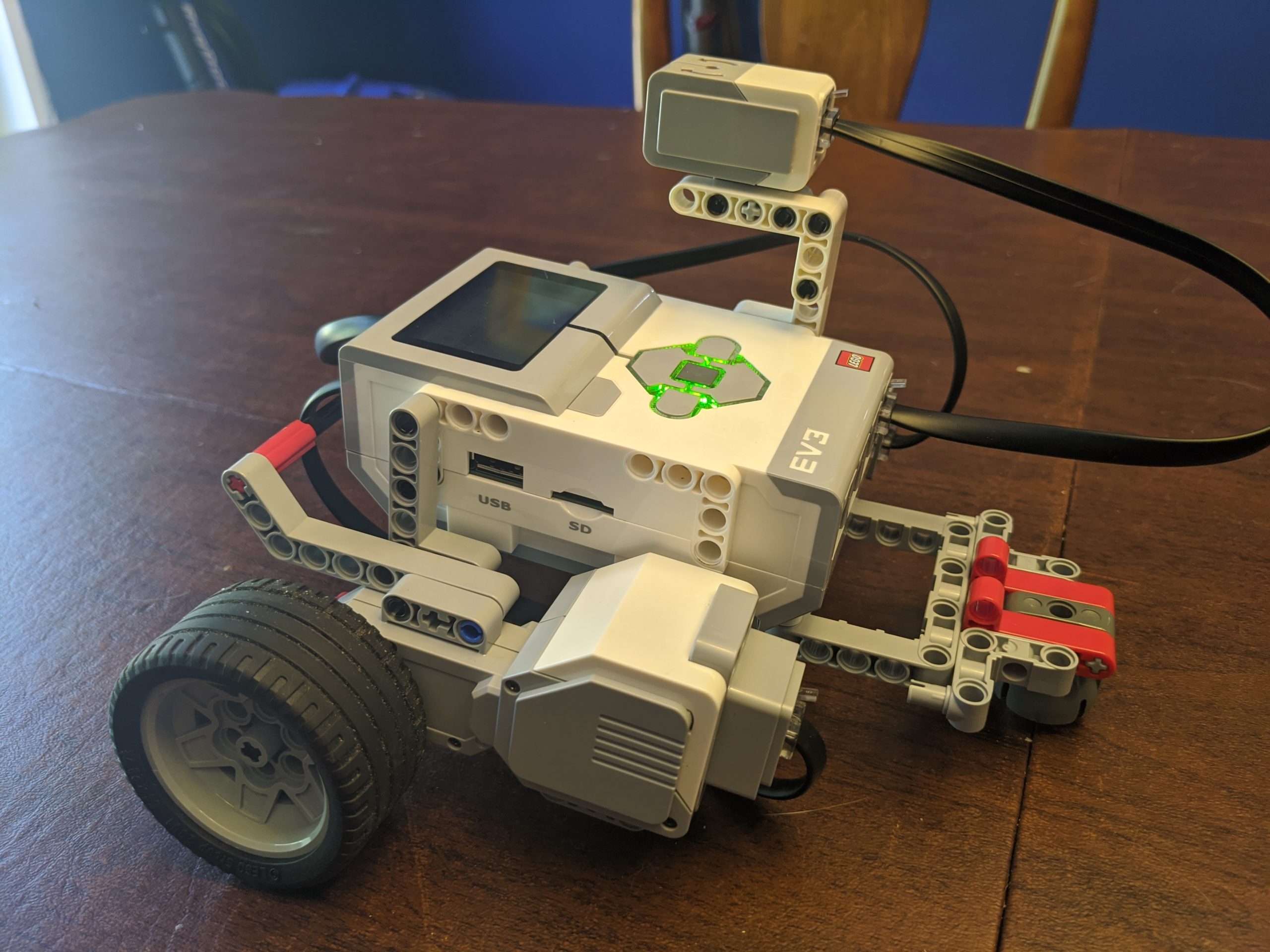 “How the code works is pretty straight forward. How the xp is calculated in d&d is each monster has a challenge rating and based on the number is how much xp is granted to the players when the monster has been killed.
And based on how many monsters you’ve killed, your xp is multiplied.

So if I killed 3 monsters with a challenge rating of 1 (which is worth 200 xp each) then my xp would be multiplied by 2. and the result would be 1200.

So I made a while loop with an input to tell the computer what challenge monster you’ve killed. It will keep asking you that until you enter the word “done”” 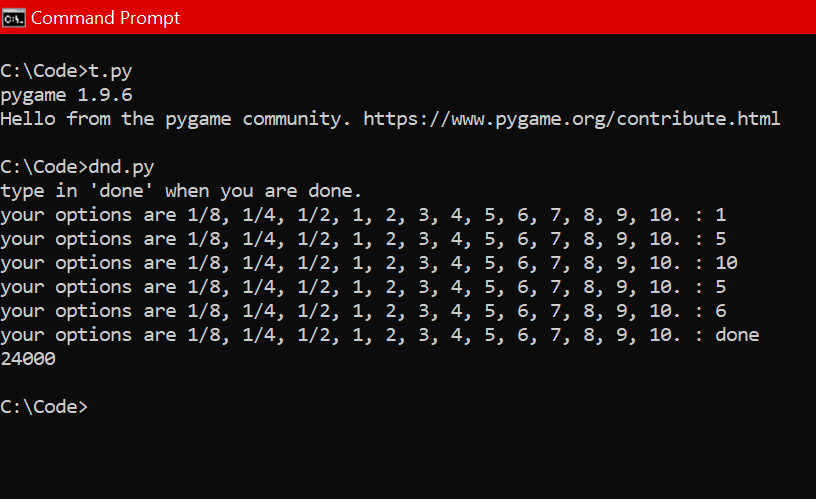 “What it does is ask you the number limit for the two numbers in your question, how many questions you want, and if you want to do addition, subtraction, division, and multiplication.
How it was made:
It randomizes the two variables (A and B), and you use the input variable (C) and checks if c is equal to a + b or what method you chose.
Problems I encountered:
The addition and multiplication options are not complicated. But for the subtraction and division it is. For the subtraction option the problem was that the minuend was smaller than the subtrahend so i made a loop that would keep generating numbers until the minuend was greater than the subtrahend. For the division option is when a question was generated the answer would not be a whole number. So I had to make variable C round it to the nearest whole number along with tinkering with the output.
I submitted a screenshot of the program, not a video, because it’s just a simple program.” 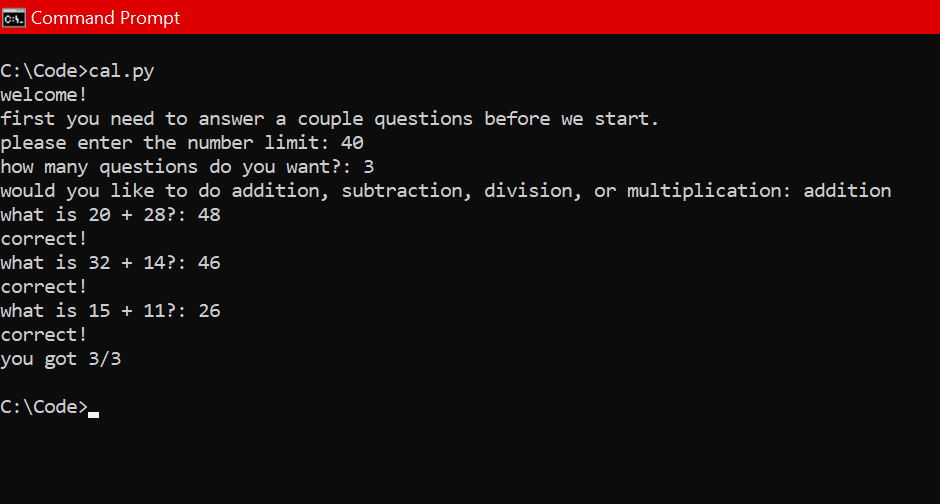 “This game was used with the pygame module to make things easier and possible. The goal of the game is to collect as many coins as possible to increase your score and dodge the walls that try to get in your way.

There are 4 sizes of walls and the bigger the size the slower it can go. There are also shield charges and medkits to help you collect coins. The medkits heal you by 2 and stop spawning when your score is 35. And there are shield charges and when you get the shield bar full. Collect another shield charge to get a shield to protect you. The higher your score gets the faster walls, items, and the player move.

Problems I encountered: The first being not the code but the players’ strategy. When playing, the user playing the game is more focused one the shield charges and medkits rather than the coins. So I made a rule that when the coin hits the edge of the screen and goes back to do it again. The player is dealt damage. This rule goes on until the player’s score is equal to 25 or above.

The second but final problem was the speed of the game. Basically the game is in a loop and needs to slow down so it is possible for the user to play. That is why there is a delay in the loop to slow it down and each time you get a coin. It subtracts from the delay making the game go faster. The game has a time delay of 50 milliseconds and when you get above a score of 37. It makes the delay 13 milliseconds making the game nearly impossible to play. So i made a rule that when the score is equal to 35 the score can go up but when doing so the time delay will not go down.”