According to the USDA’s Plant Hardiness Zone Map, Island County is in Zone 8b, with an average annual extreme minimum temperature of 15-20 degrees (F). “Hardiness zones are based on the average annual extreme minimum temperature during a 30-year period in the past, not the lowest temperature that has ever occurred in the past or might occur in the future. Gardeners should keep that in mind when selecting plants, especially if they choose to ‘push’ their hardiness zone by growing plants not rated for their zone.” The USDA Plant Hardiness Zone Map website has additional information about hardiness zones, microclimates and other environmental factors that can influence a plant’s ability to thrive.

Many gardeners in the West also consider additional information developed by the University of California and Sunset Books that goes beyond simple winter minimum temperatures that affect plant hardiness. Factors such as latitude, elevation, ocean influence, mountains, local terrain, length of the growing season and more give a nuanced set of criteria to help gardeners decide what to grow. The Sunset Western Garden Book lists Island County and the Puget Sound in their climate zone 5.

Frost Dates: Generally the last date of freezing temperatures for the islands is mid April and the first frost of the year is around the end of October.

Climate: Island County climate is highly influenced by the maritime air in our region. The Olympic Mountains creates a rain shadow that alters the rainfall patterns considerably on Whidbey and to some extent on Camano Islands. The region just north of Coupeville (Pt. Partridge) is impacted by the rain shadow the most and is one of the driest areas in the county, approximately 18 to 19 inches per year on average. However, regions North and South have much higher rainfall levels. South Whidbey at Clinton ranges in the 30’s and areas North of Oak Harbor can be in the high 20’s. Camano Island generally ranges in the mid twenties to mid 30’s. Some measurable precipitation is likely 120 days of the year Temperatures can vary a great deal around the islands, however it is typical that temperatures are several degrees cooler on the islands than on the mainland of the Puget Sound region. At Coupeville average daily temperatures range from the low 70s in the heat of the summer to mid 30’s for lows in the winter. Extremes have ranged from the high 90’s to below freezing during the year.

Gardening in Washington State has unbiased, research-based fact sheets on all kinds of gardening topics. 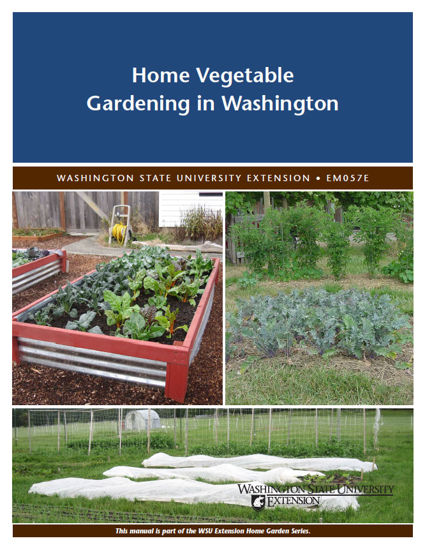 WSU Extension offers many good publications on growing vegetables and more. These publications can be downloaded for free at the Gardening in Washington State website. 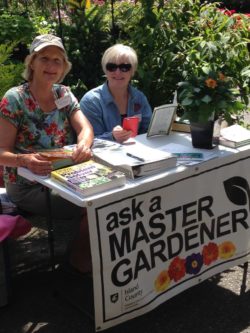