Skip to main content Skip to navigation
Avian influenza (bird flu) is a disease caused by avian influenza Type A viruses that naturally occur in wild aquatic birds throughout the world. This virus can also infect other species of birds, and occasionally mammals, and can cause significant mortality in poultry species such as chickens, turkeys, pheasants, quail, ducks, geese, and guinea fowl. On rare occasions bird flu viruses infect people and make them sick. 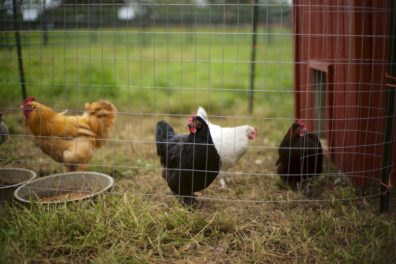 This typically has only happened to people who have had close contact with avian influenza-infected birds. On April 28, 2022, the Centers for Disease Control and Prevention (CDC) announced that a person in Colorado, who had direct exposure to poultry and was involved in the culling (depopulating) of poultry with presumptive H5N1 bird flu, tested positive for avian influenza. No other cases have been detected in the US with currently circulating H5N1 strains.

Avian Influenza – How Poultry Owners Can Protect Their Flock

Protect Your Poultry From Avian Influenza