What is this campaign all about?

We are partnering with the Commission for Environmental Cooperation (CEC) on the #ShrinkFoodWaste awareness campaign which aims to address the problem of food waste in North America. By educating youth on the impact of food loss and waste, the CEC hopes to inspire everyday behavior changes. Through a range of easy-to-use tools, including a series of e-learning videos, CEC wants to shine a light on how North Americans can help reduce their contributions to the food waste problem. The Olympic Peninsula is one of three pilot areas for the campaign, along with Montreal, Canada and Merida, Mexico!

What is the climate change impact of all this waste?

Why focus on youth?

How can I join?

What is Food Waste?

Tale of the Forgotten Food

Day of the Ugly Food

Join the youth movement for fun activities you can do remotely!

Our partners in addition to the Commission for Environmental Cooperation: 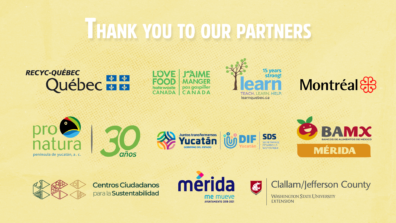